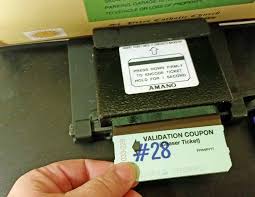 I was in LA traffic with a friend the other day and we were talking about the idea of validation, although the word itself was eluding us at the time.

Isn’t it nice to be validated?

I’m guessing that the ideal is to be totally comfortable in your own skin. To know what you like, to know what works for you, to enjoy what you enjoy and not give a f— what anyone else thinks.

Despite this ideal, I love it when separate worlds of things I admire come together. 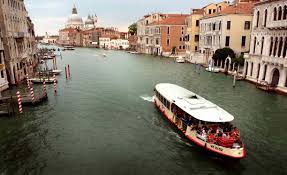 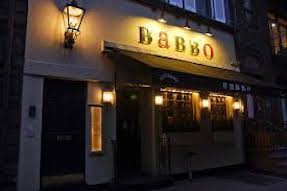 One example, not exactly what I’m talking about but on the way: I was on a vaporetto in Venice and the people in front of me were talking about they had a great meal they had at a certain restaurant in New York City.

I agreed silently with them, it was a great restaurant: I happened to work there at the time. 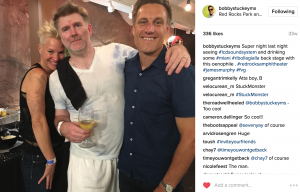 I was way into Northeastern Italian whites and had been curious about the Miani Tocai Friulano on the menu – Italian whites rarely approached this wine’s $200 price point. The wine director told me that the time they met, the winemaker had pulled up on a tractor into his wine-making facility, a glorified garage.

My guy had one glass before he was ready to move on to red, and he didn’t have a sharing sensibility about him this particular evening, so a few hours later I drank the wine myself. This was ten years ago so I don’t remember much more than it was everything I loved about unadulterated tocai friulano, turned up to 11.

Much more recently I was scrolling through my Instagram feed and came across a photo of Bobby Stuckey, a nationally known Master of Wine from Boulder hanging out backstage at Red Rocks with James Murphy of LCD Soundsystem. They were drinking, of course, Miani wine. (And from the Insta comments, seems like a few other people were validated as well.) 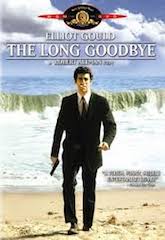 Another example, and the one which jerked the elusive “v” word to mind as it happened. The book I’m reading right now, Zeroville, is set in LA (all the books I’ve been reading are set in LA, I love reading books set in the place where I’m currently located). The main character is named Vikar and is an uncorrupted movie connoisseur: unlike me, he has no need for validation.

He collects prints – as in the reels of film – of movies he loves. A movie executive is in a bind and is trying to convince Vikar to edit a film and starts throwing money at him.

All Vikar wants to know is, Can I get prints of some movies your studio owns? The movie executive is desperate. Yes of course you can.

The first movie Vikar asks for? The Long Goodbye.

A top-five favorite movie for me, it’s been especially present for me since I’ve been here in Los Angeles. It’s so good. Robert Altman doesn’t do it for me all the time, but he nails it in The Long Goodbye. (Giggling topless tripping yogis in the Hollywood Hills: “Mr Marlowe? Mr Marlowe? Would you get us some brownie mix at the store?” It’s the seventies.)

(Validation can be commutative: when I told her about this minor plot point my friend who loaned me the book felt validated in her choice.) 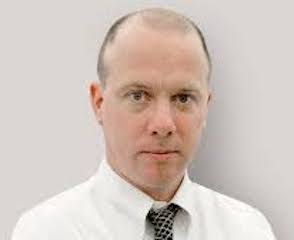 In my early- and mid-twenties there was a free weekly newspaper called the New York Press. I picked it up each week for the event listings, sure, but mainly so I could read the food and New York life writings of columnist Sam Sifton. He left that paper to take another job.

Ten or 15 years later he was named head restaurant critic for the New York Times. I was excited to be able to read his writing again and of course it was cool to have been into him and have him resurface in such a prestigious position. Validation! For him, maybe – for me, definitely. 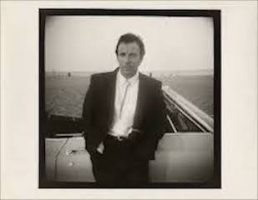 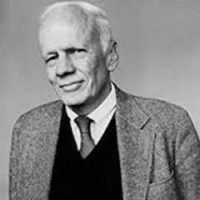 I love Bruce Springsteen. When I found out that he loved the novels of Walker Percy my head almost exploded. I love Walker Percy and have read his six novels, some of them a few times.

Bruce wrote Walker and Walker in turn checked out Bruce’s music. He found moments of grace in some of the songs on Tunnel of Love. I’ve felt those moments while listening to that album, the album of music which I’ve listened to more than any other album, period.

Two artists I love finding inspiration in each other. So cool. So…validating.

Why do we – do I – find such satisfaction in this kind of identification? Is it, as with so many emotional reactions, a survival mechanism? We need to like what the tribe likes to increase our chances of survival?

I feel like I’m finding more and more that my life is driven by biology and I’m not sure how much I like it. If you’ve read this and have any thoughts about it I’d love to hear what you think, via email, comments below, or on Facebook.